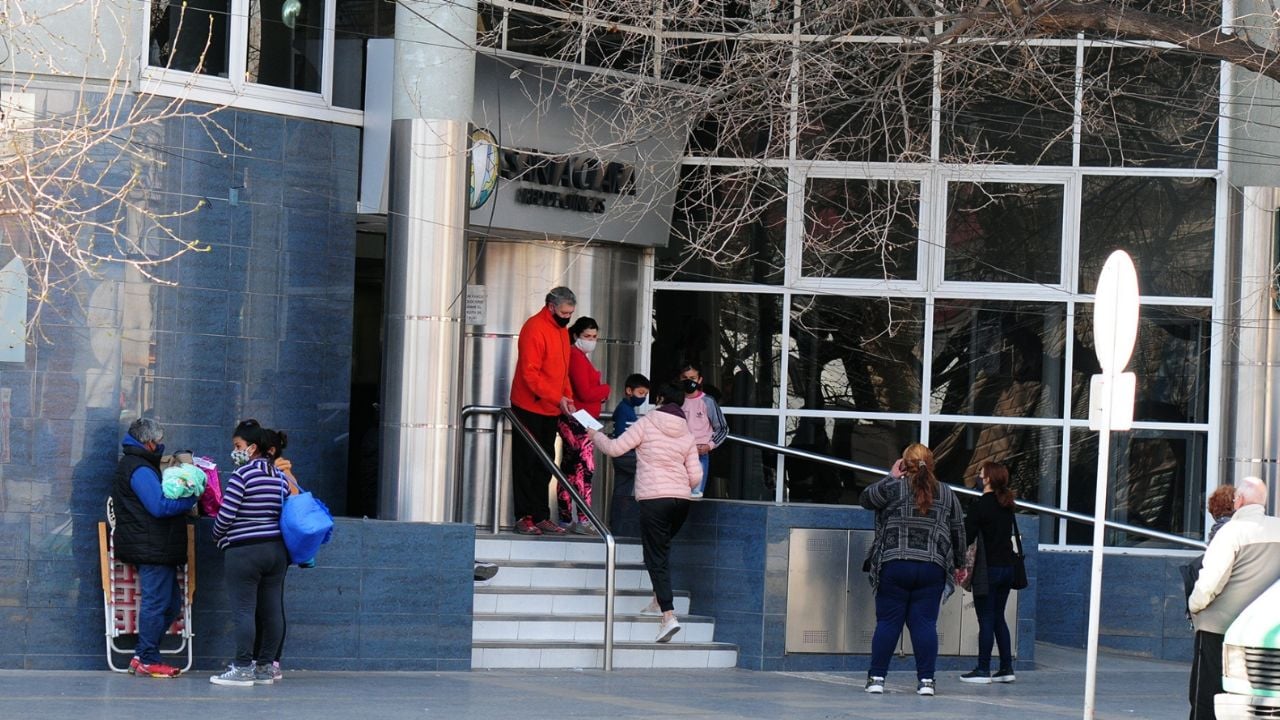 “It’s true. What my brother did is wrong. But a glass can be paid for, on the other hand no one returns it to my mother “, he accuses Vanesa Vera (42). On Monday, Mendoza woke up with the news they had incidents at the Santa Clara Clinic. Someone attacked kicks the door, breaking glass and even injuring himself. As the hours passed, more details came: it was a group of people who led a patient in serious condition, who later died. They came out of the department to give explanations almost immediately. Now that the weather is less tense, the family that participated in the events wants to give its version.

Interviewees begin to examine the long road that she assures led her to it horrible night where his mother died and his brother was cut off entrance glasses.

“Hockey two weeks that we come and ask that my mother be taken up. He is only 58 years old and no previous illness, “he emphasizes. The lady began to show symptoms of a internal bleeding. “We are three brothers and two of them are nurses, one in Lagomaggiore and another in Central; so have little experiencesays Vanessa.

He swears that the first consultation was on the sidewalk. Vanesa: “Her doctor from PAMI told us that she had to be admitted. But at the Santa Clara Clinic ̵

1; which is the equivalent – they did not want to receive it; they saw her on the street, nothing more. This was September 9: they had to ask him colonoscopy, endoscopy, various studies. They turned us over. “

“My two brothers work in the Covid area in public hospitals”

On Thursday morning, September 10, the woman was taken back. “Be worse. I asked you to at least look at it. ‘Is it if it’s for a hospital stay? I can not accept itthey replied. And a doctor said she I would not be accepted“.

Already on Friday the 11th, the family went to look an analysis they had done to the lady. “Ah my brother, one of those who is a nurse, meets them and asks them if they do not realize that my mother had a severe bleeding“, Follow. “They let her die”.

On the 17th they returned: “more of the same”, the daughter concludes. Finally, on Monday morning, they found the patient lying on the floor of your home, between a pool of blood.

“And yes, my brother came furiously to the clinic, that’s true. We are for the nursing staff, we understand everything. In fact, my brothers are nurses, as I said. Both work in the Covid area from public hospitals, they even became infected and recovered. Now that does not mean our mother I had no right to take care of her, ”concludes Vanesa.

think that with only one from her mother would have been saved. “Do you know what one of them threw at me?” If you love your mother so much, spend money on a prepaid. Outrageous’ “, he closes. Undoubtedly, his is a partial perspective on what happened. That does not mean he does not deserve be heard.

Advantages and disadvantages of being a vegetarian: Discoveries from medicine