River achieved a historic record with the victory against Binacional 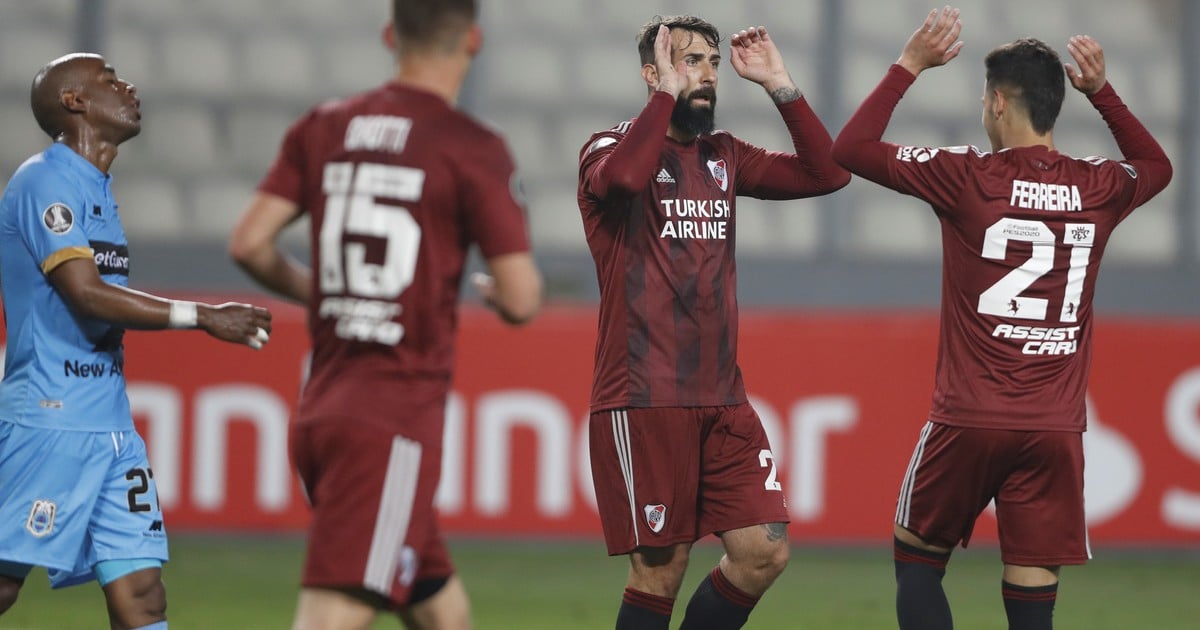 River got 6-0 against Binational the biggest gain in its history for glasses as a visitor. It was also the first time he scored six goals in an international match outside the country. Yes: everything was achieved by Marcelo Gallardo’s team, which in March this year had also achieved a mark to remember exactly against the same Peruvian team, 8-0.

Under the direction of Dock, River had their best result as a visitors when they beat 4-0 Trujillanos of Venezuela in the 2006 Copa Libertadores. The 25th of February was the goal Ivan Alonso in duplicate, Leonardo Pisculichi and Fought González.

This Tuesday, September 22, was the 253rd away match in international matches, from the old Rio de la Plata Cups, the famous Ricardo Aldao Cup with the Uruguayans, to this Libertadores.

Only twice had he managed to score 5 goals. The first, before Peñarol on March 20, 1

937. In 1936, it already Millionaire he won the championship cup and later played a match with San Lorenzo for the Gold Cup in the new AFA, which by winning 4-2 allowed him to play the Aldao Cup with the Uruguayan champion. In Montevideo, he won 5-1 with two goals from Bernabé Ferreyra and Adolfo Pedernera, and one of Carlos Peucelle, all the glories of the club.

The second was in Libertadores in 2002. On March 21 before Tulua of Colombia, won 5-2, with two goals from Alejandro Domínguez, and one each of Matías Lequi, Ariel Ortega and Martín Demichelis.

Ortega and Husain celebrate victory against Tuluá in 2002. (Photo: AP)

Since the Confederación Sudamericana de Fútbol (formerly CSF and now Conmebol) started organizing international matches, River had won three times 4-0 away from home. The first in Libertadores 1967, on October 31, Bolivia, at the height of La Paz, with two goals from Oscar Mas, and one by Daniel Onega and Luis Cubilla.

Second time and before 4-0 a Trujillanos, joined Galician American from coach: 4-0 a Cerro Porteño in Asunción, with two goals from Juan Pablo Angel, and one from Pablo Aimar and Javier Saviola.

All goals were submitted on time. For this river de Gallardo which continues to make history.

Look too
Look too

SUBJECTS CONTAINED IN THIS NOTE

Racing is no doubt flying to visit Alianza

Tigre defeats Bolívar and fights in the Copa Libertadores