Breaking News
Home / World / Corona in Sweden: Doubts about the new explanation for the high death rate from Covid-19

Corona in Sweden: Doubts about the new explanation for the high death rate from Covid-19 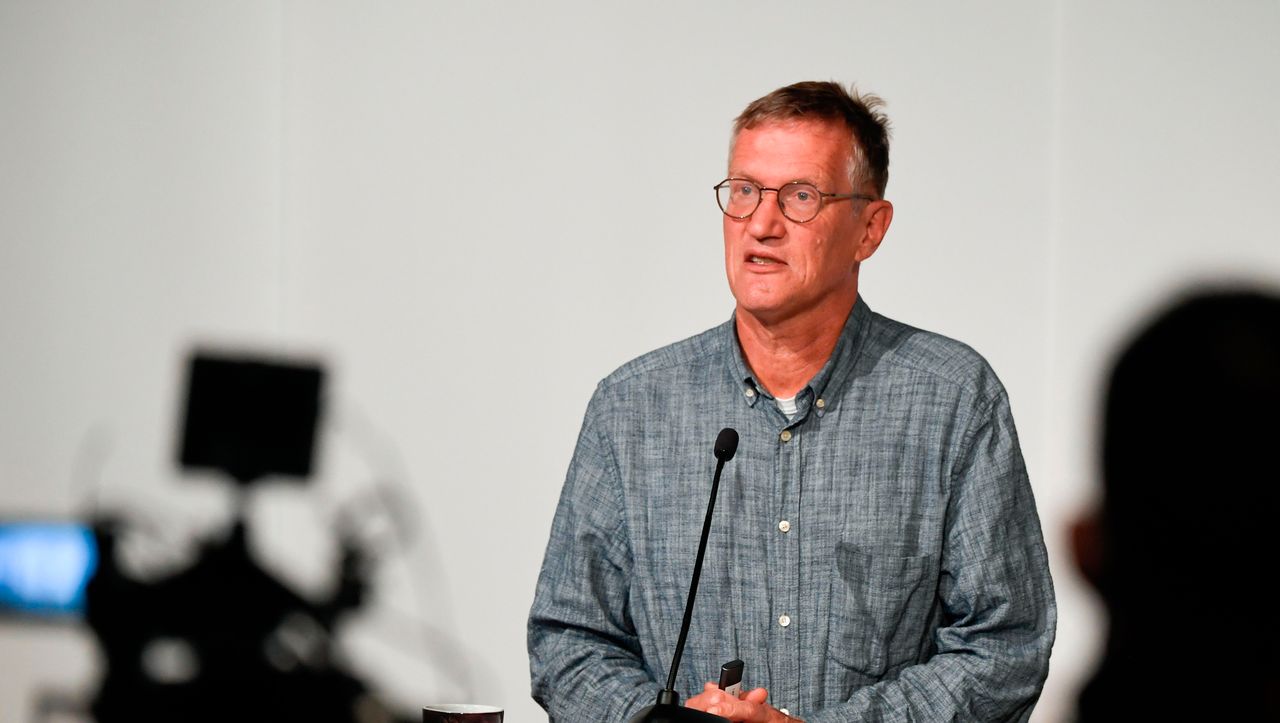 As head of department for an authority, Anders Tegnell was barely known even in his Swedish homeland six months ago. The 64-year-old doctor with the title “State Epidemiologist” is now so well known that every word he says is heard very carefully.

Tegnell is the man who, together with his colleagues, decides the Swedish strategy in the fight against coronavirus. In the spring, at the height of the pandemic, the public health authority decided to lock in. The government followed.

The Swedish special road has caused a sensation all over the world. Advocates see the current infection numbers as confirmation that he was right.

After the recorded Covid-1

9 cases in Sweden for a long time were many times more than in the neighboring countries Denmark, Finland and Norway, the figures have converged since mid-August. The Danes are currently experiencing a second wave with a steep curve. Germany has been about the same level of infection as Sweden in recent days.

A brutal wave of Covid-19 deaths

But the largest nation in Scandinavia still has a serious shortage. During the months of relatively great freedom, Sweden underwent a brutal wave of Covid 19 deaths, and the virus raged almost uncontrollably in many nursing homes. Swedish corona mortality is about ten times higher than in Norway and Finland and about five times higher than in Denmark and Germany.

State epidemiologist Tegnell has long admitted that serious mistakes had been made in elderly care. For him, however, there is no great concession, for his authority bears no direct responsibility for what has happened in the home. Tegnell believes that it is unlikely that a lockdown in Sweden would have resulted in fewer deaths, he has said this several times.

The gloomy statistics, however, obviously nail him. Over and over again, he gets the numbers that question his entire epidemiological approach. Now he has found a new explanatory explanation for the large number of victims. But is it convincing?

Referring to a new scientific report, Tegnell now said that the mild flu season last year was largely the cause of the many corona deaths. In Sweden, the usual wave of disease was recently significantly weaker than in neighboring countries, he said in an interview with “Dagens Nyheter”, the largest Swedish newspaper: “There is a strong link between low excess mortality from influenza and high excess mortality from Covid-19.”

According to the epidemiologist, this relationship at least partly explains the high death rates in the UK and Belgium. In both countries, relatively few people have recently died of influenza.

With the researcher’s cold look at the risk groups, the old and the previously ill, Tegnell could have reached a relevant point. His argument, worded a little harder, goes like this: If you have only spared the flu, the coronavirus will take you to the grave.

According to a study by the online news portal “The Local Sweden”, the study, to which the Swedish state epidemiologist refers, does not yet have a scientific conviction because it has not yet undergone a “peer review” by other experts. At the point in the paper where the link between the flu and Corona is touched upon, three Twitter accounts run by bloggers are mentioned as sources: @EffectsFacts, @FatEmperor and @HaraldofW. It does not seem very reliable, but the information may still be accurate.

Colleagues from Norway and Finland were not convinced

The question remains whether more people died of influenza in neighboring countries than in Sweden.

After reading Tegnell’s interview, his colleagues from Norway and Finland said in “Dagens Nyheter” that both are not convinced. Frode Forland, Norwegian head of infection control, says, “As far as we can see, it is not the flu that makes the big difference between Sweden and Norway.” It is “easy to believe”, but is not an explanation.

The recent flu epidemic was actually stronger in his country than in the Swedish neighbors, said Forland. “But we can not see that we have had particularly high deaths from influenza in Norway in recent years.” There should have been even more simple victims there for the new virus, if Tegnell was right. But it did not exist.

The success of the Finnish locks

Mika Salminen, head of the Finnish Institute for Health and Social Affairs, believes that it is at least possible to link influenza to corona mortality. “Partly” this may explain the Swedish development. “But I do not think the difference between Finland and Sweden is based on that.”

Salminen is convinced that the main reason lies in the Finnish lockdown: “It had a greater effect than we could have dreamed of.” He just hoped to slow down the spread of the virus. “In fact, the epidemic was stopped almost completely.”

There were almost no new cases in Finland during the summer, now the number is increasing. The authorities in the country are worried and react to local clusters, for example with temporary school closures. In a European comparison, the Finnish infection rate is still at a low level – and a third below the interest rate in Sweden.

This nationality is the worst integrated economy