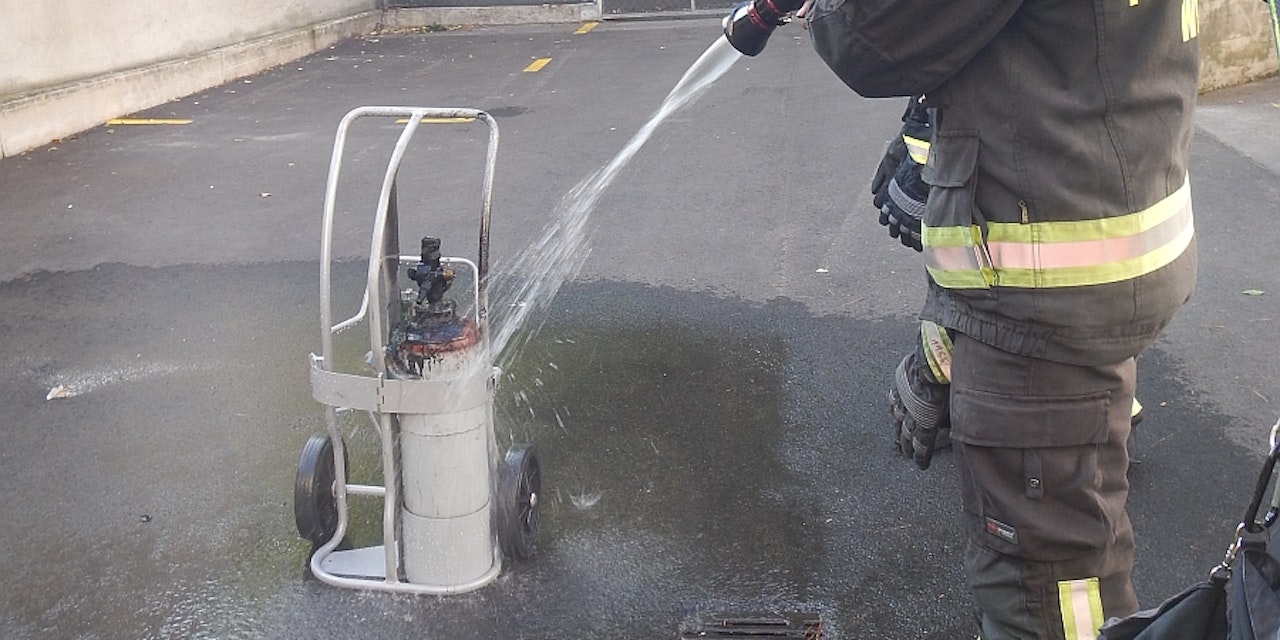 Large-scale business in Rudolfsheim-Fünfhaus! Due to a burning gas bottle, a kindergarten has to be evacuated and a sniper called.

Around 8 o’clock there was a large-scale operation in Oelweingasse in the 15th district of Vienna. During the soldering work in a nursing home, an acetylene gas bottle caught fire, and the fire also spread to parts of the wall and ceiling cladding in the corridor.

The worried forces of the professional fire brigade in Vienna extinguished the fire and cooled the gas bottle so that it could be brought into the courtyard’s courtyard. At the same time, residents were instructed to stay in safe areas of the house.

Shot at the gas bottle

A school sports field and a kindergarten next to the yard were cleared for safety while a Cobra sniper was called.

The experienced police officer fired several times at the gas cylinder from a safe position. The pressure could escape controlled through the bullet holes.

The firefighters ventilated the fire area in a nursing home and checked the apartments in the house. No additional risk was identified. Oelweingasse was closed during the entire mission until 1

Alcohol chains with 3.38 per mille are withdrawn from traffic in Lower Austria – Austria

Police are arming themselves in the fight against cybercriminals – Krone.at

Federal Army: Large barracks are being built in Villach