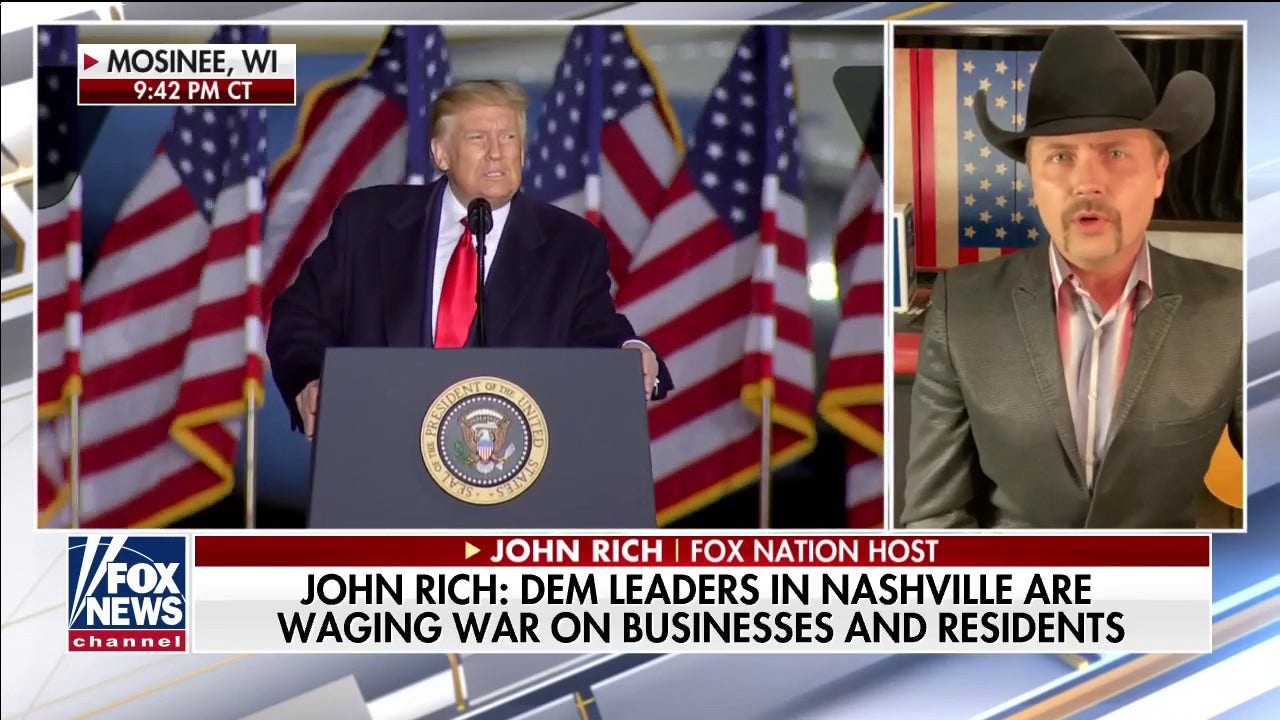 Country star John Rich discussed with Nashville, Tenn., Mayor John Cooper, a Democrat, on Thursday, after the local FOX subsidiary discovered that politicians’ offices may have kept coronavirus data from the public because the numbers were so low.

The Fox Nation host urged the mayor to apologize and “resign at midnight tonight.”

According to WZTV, emails between Cooper’s senior adviser and the city’s health department revealed that there were a few cases from bars and restaurants in the popular destination city.

The station reported that an official in the health department asked “this will not be released in public, right? Just info for the mayor̵

Rich told “The Ingraham Angle” that the coronavirus-related restrictions on bars and restaurants in the city have been a “disaster” for both the economy and the livelihoods of employees and owners.

“It’s cleared,” he said. “Mayor John Cooper has betrayed our city. He has betrayed Music City. He is Judas to this city. He is now.”[New York City Mayor Bill] of Blasio of the South ‘. “

Rich, half of the famous country duo Big & Rich, said that Cooper mainly lied to his voters for several months.

“Let’s talk about musicians, let’s talk about bartenders and servers and security guards, all the people who work in downtown Nashville who were focused on [him] … Jon Cooper claims he loves Nashville and loves Music City, but still had the information at his disposal that told him – the music scene is not what creates the COVID-19 problem in Nashville, but he decided not to show it the information for us. “

Rich said Cooper “put Nashville” on his knees “under false pretenses and said he must have believed that his” elite Democratic arrogance “could surpass perceived” stupid landsticks “living in downtown Tennessee.

He pointed out that the mayor created “unity” in a politically divided city – by the fact that their collective anger is now directed at him.

“We have a real pariah on her hands. In fact, I think John Cooper will probably be the new favorite word in Nashville. The next time I hit myself with a hammer, I’ll say, ‘Johncooper! It hurt.”