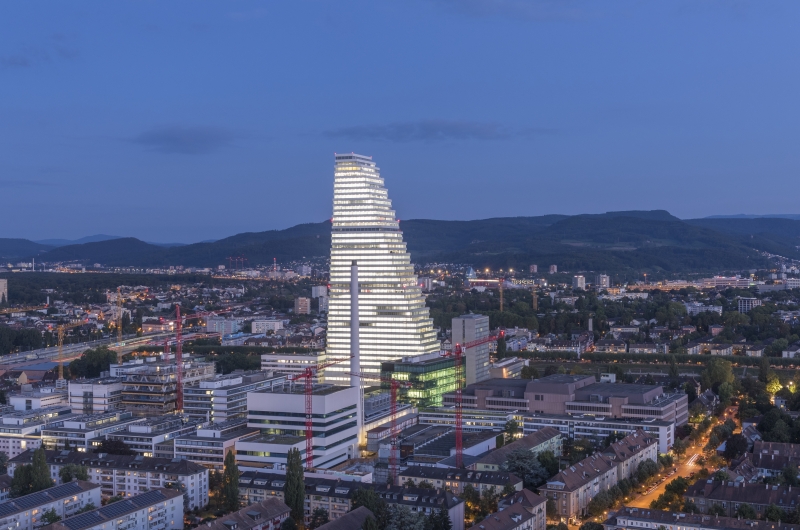 Roche has shared Phase 3 data on the drug that improved the effect of Johnson & Johnson’s Zytiga in a subset of prostate cancer patients earlier this year. The experiment was pressed below the bar for statistical significance by improving the median progression-free survival (PFS) of Zytiga by two months.

In June, Roche revealed that adding the small molecule Akt inhibitor ipatasertib to Zytiga had improved PFS achieved through J & J’s blockbuster alone in a genetic subset of prostate cancer patients. The combination failed to move the needle in the wider population, suggesting that the use of Roche’s drugs may be limited to approximately 50% of metastatic neonatal resistant prostate cancer patients with PTEN loss tumors.

At ESMO Virtual Congress 2020, Roche shared the figures behind previous results in the top line. In patients with PTEN loss tumors by immunohistochemistry, the mean PFS for the combination was 1

8.5 months, compared with 16.5 months for Zytiga alone. This difference was translated to an ap value of 0.0335, which resulted in the trial meeting one of its primary endpoints. The risk ratio was 0.77. It is unclear where it leaves ipatasertib in prostate cancer.

Reduce the complexity and costs of channel planning and logistics

How can you make the process of getting your product to market less complex while reducing costs? This White Paper identifies opportunities to simplify channel strategies for biopharmaceutical companies, their customers and patients. Discover how you can provide savings and innovation to your business.

“Although initial data is encouraging, the Olympic benefits and additional secondary endpoints are not yet mature. The trial continues until the next planned analysis, and data will be shared and discussed with health authorities, says a spokesman for Roche’s Genentech.

A larger difference between PFS in the arms was seen in a subset of patients who had PTEN loss determined by next-generation sequencing. In these patients, the median PFS in the combination arm was 19.1 months, compared with 14.2 months in the control group. However, that analysis included less than one-fifth of the total study population of 1,101 subjects.

The top line in phase 3 which found that ipatasertib improved median PFS in patients with PTEN loss tumors but not the broader experimental population seemed to support the hypothesis that Akt inhibitors will work best in the subpopulation. However, the information behind the best results is more unambiguous.

In the broader intention-to-treat (ITT) population, the ipatasertib-Zytiga combination had a median PFS of 19.2 months, numerically longer than the outcome in patients with PTEN loss. However, with the control arm registering a median PFS of 16.6 months, the combination was statistically worse in the broader study population. The P-value was 0.0431 and the risk ratio 0.84.

A similar picture emerged in the secondary endpoints, with ipatasertib performing compared to PTEN loss patients and the wider population. The median time to PSA progression in the PTEN and ITT assays was 12.6 months and 12.9 months, respectively. The control arm was about 8 months in each population. Ipatasertib achieved an identical response rate – 61% – in both populations.

If the use of ipatasertib is limited to patients with PTEN loss tumors, Roche will need to test more people for the mutation to make the drug a commercial success. PTEN tests are available but are not included in the standard response to a prostate cancer diagnosis.

Roche used ESMO to share data from another study that gave ipatasertib and paclitaxel to a genetic subset of patients with breast cancer. The addition of ipatasertib had no obvious effect, as the control and treatment arms achieved identical median PFS, response rate and response time.

Analysts at Jefferies called the breast cancer results “disappointing” and added that they raise questions “whether patients with PIK3CA / AKT1 / PTEN-altered tumors are the best target population for ipatasertib.”