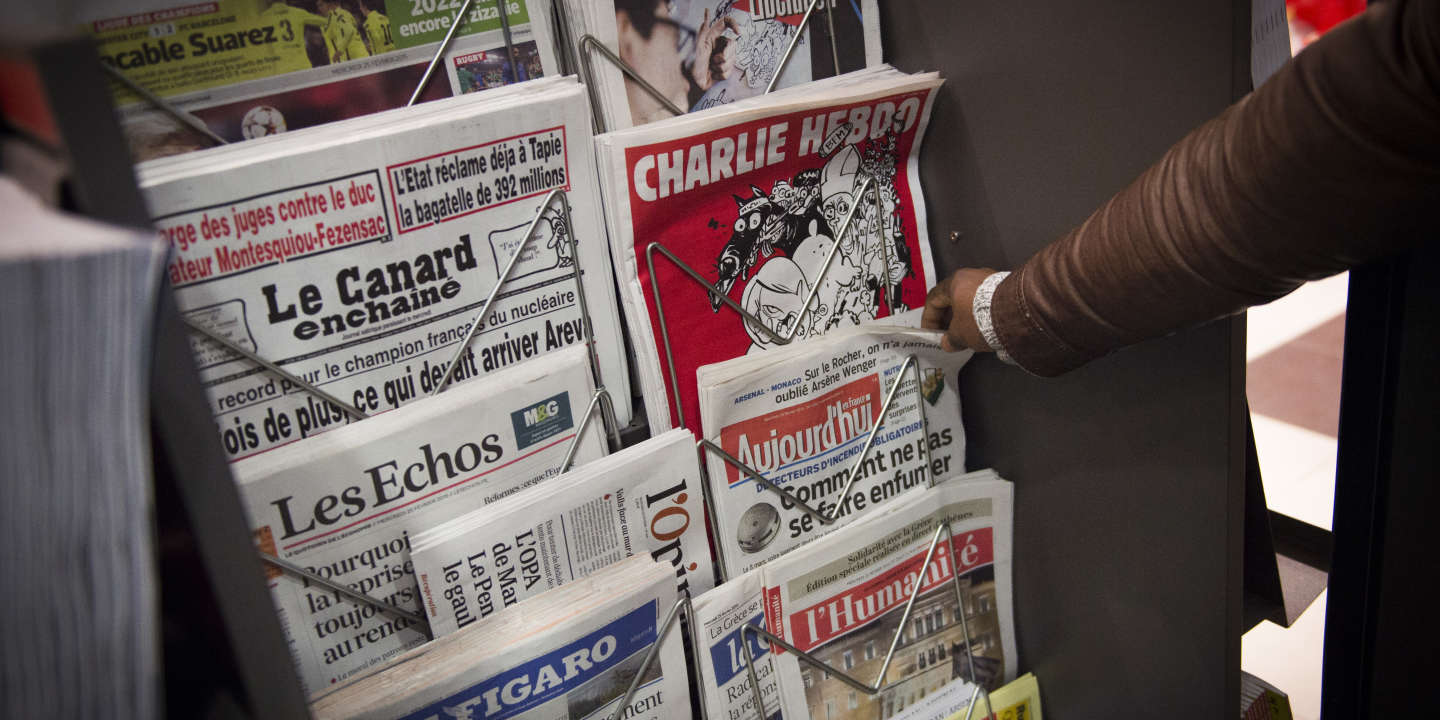 TribuneAt the initiative of Riss, head of the publication of “Charlie Hebdo”, representatives of French newspapers met to discuss threats to freedom of expression. More than a hundred media, including “Le Monde”, sign and publish an “open letter to our citizens”.

IIt has never happened that the media, which often defends different views and whose manifesto is not the usual form of expression, jointly decides to address their audience and their citizens in a solemn manner.

7;s because it seemed crucial for us to warn you of one of the most fundamental values ​​of our democracy: your freedom of speech.

Today, 2020, some of you are threatened with death on social media when you express individual opinions. The media is openly identified as a target by international terrorist organizations. States put pressure on French journalists who are “guilty” of publishing critical articles.

The violence of the words gradually turned into physical violence.

For the past five years, women and men in our country have been murdered by fanatics because of their origins or opinions. Journalists and cartoonists have been executed for stopping writing and drawing freely.

“It’s the whole judicial building that has evolved over more than two centuries to protect your freedom of speech that is under attack, like never in seventy-five years.”

“No one should be concerned about his views, not even religious ones, provided that their manifestation does not disturb the public order established by law.” proclaims Article 10 of the Declaration of Human and Civil Rights of 1789, incorporated into our Constitution. This article is immediately supplemented by the following: “The free communication of thoughts and opinions is one of the most valuable human rights; All citizens can thus speak, write, print freely, except to be responsible for the abuse of this freedom in the cases determined by law. “

Yet it is the entire judicial building that has evolved over more than two centuries to protect your freedom of speech that is under attack, like never before in seventy-five years. And this time by new totalitarian ideologies, which sometimes claim to be inspired by religious texts.

Of course, we expect public authorities to use the necessary police resources to ensure the defense of these freedoms and to condemn those states that violate the treaties that guarantee your rights. But we fear that the legitimate fear of death will spread its grip and inexorably suffocate the last free spirits.

What then remains of what the rapporteurs of the Declaration of Human Rights and the Citizen of 1789 dreamed of? These freedoms are so natural to us that we sometimes forget the privilege and comfort they provide for each of us. They are like the air we breathe, and this air becomes scarce. To be worthy of our ancestors who tore them and what they passed on to us, we must decide not to give in to these deadly ideologies.

“We need you. From your mobilization. From the wall of your conscience”

The laws of our country provide a framework for each of you that allows you to speak, write and draw like few other places in the world. It’s up to you to get it. Yes, you have the right to express your views and to criticize the views of others, whether political, philosophical or religious, as long as this is within the limits set by law. Remember here, in solidarity with Charlie Hebdo, who paid for their freedom with the blood of their co-workers, that there is no blasphemy in France. Some of us are believers and can understandably be shocked by blasphemy. But they unreservedly commit to our attitude. Because it is not blasphemy that we defend, but freedom when we defend the freedom to blaspheme.

Article reserved for our subscribers Also read “No, blasphemy is not a crime, not even a crime”

We need you. Of your mobilization. From the grass of your conscience. The enemies of freedom must understand that we are all together their constant opponents, regardless of our views and opinions. Citizens, local elected officials, political leaders, journalists, activists from all parties and all associations, more than ever during this uncertain time, must unite to drive out fear and make our indestructible love of freedom triumph.