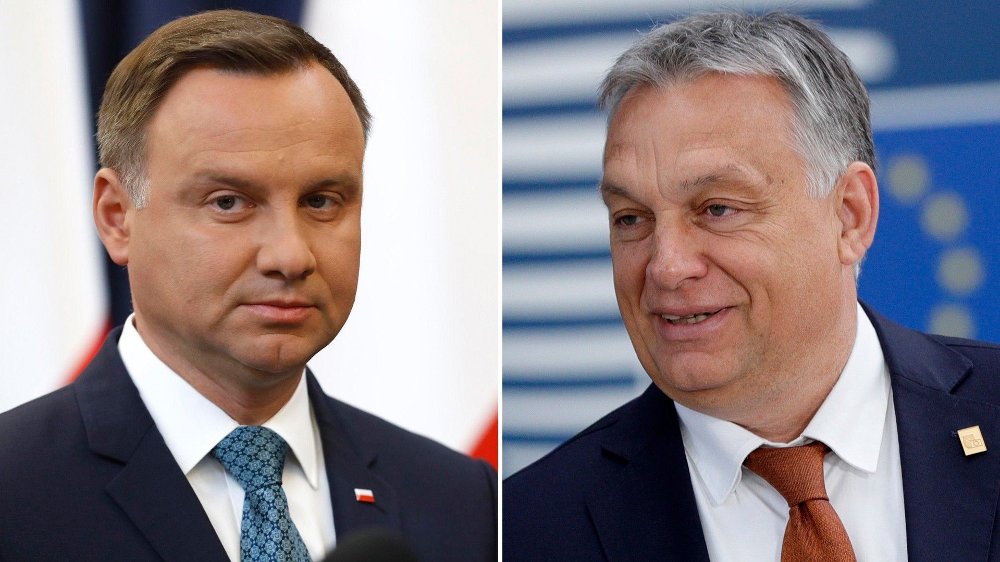 This is a comment. It is the author’s attitude that is expressed.

Earlier this summer, Polish Christian Conservative presidential candidate Andrzej Duda was re-elected, following a narrow victory with 51.27 percent of the vote ahead of the much more liberal Rafal Trzaskowski.

During Duda’s previous period, there have been a number of changes in the country that many within and outside Poland’s borders see as a scary political development.

/3 of Poland has become so-called LGBT-free zones, which should be free from gays, bisexuals or transgender people. At the same time, it is reported that the media is to a greater extent monitored by the state and that the independence of the courts is threatened.

Among those who praise Duda and Poland’s political orientation are many supporters of Resett, Document and HRS. In the comments to Resett you have been able to read “Congratulations to Poland”, “The Poles have understood it” and “very good for Europe”.

These comments have many likes and the comment field is dominated by positive reviews about Andrzej Duda and his party. The few who comment are opposed by unreasonable criticism.

Apart from the ideology, the procedures are surprisingly similar. Both countries are characterized by an unhealthy nationalism that abuses religion to gain power.

It also seems that journalists and writers from these sites praise countries with similar developments as Poland.

Goes in a more authoritarian direction

Hungary is a nation that for ten years has gone from being a liberal democracy to becoming increasingly authoritarian.

On July 6, Resett author Erling Marthinsen announced that he was visiting the Hungarian embassy for dinner with editors and authors from Document and HRS.

During the dinner, they had discussed what it was like to work in alternative media and how the media treats Hungary.

* Trained as a lawyer at Eötvös Loránd University in Budapest.

* Started his political career as a student leader in the anti-communist demonstrations in 1989.

* Leader of the conservative party Fidesz since 1992.

* In the 2010 election, Fidesz received a two-thirds majority in the National Assembly, something they had until 2015, this gave the party the power to come through a new controversial new constitution in 2012, which opponents believe undermines democracy.

* The city government has often been in conflict with the EU, of which Hungary has been a part since 2004. Among other things, Hungary refuses to accept the quota of refugees allocated to them by the EU.

Centralization of power and weakening of democracy

Instead of using Christian conservative ideology, Turkey has used an increasingly radical variant of Islam to weaken democracy and centralize power.

In Turkey, they have stopped Pride parades and fallen on the democracy index, at the same time as it is getting worse to be a free journalist in the country. Apart from the ideology, the procedures are surprisingly similar. Both countries are characterized by an unhealthy nationalism that abuses religion to gain power.

Had I not written that Poland was ruled by a Christian conservative government, many could have quickly guessed that it was Turkey that I was describing.

Read also: In Israel, homosexuals dance in the streets. In Iran, they are hanged

The similarities are not diminished by the fact that both Poland and Turkey have threatened to withdraw from the Istanbul Convention, which is an agreement to combat violence against women.

The alternative is not a more authoritarian state

Like Resett, Document and HRS, I am also critical of the EU and of an overly liberal immigration policy.

I have also previously criticized radical Islam and promoted policies to counteract this. Still, I do not believe that the alternative is a more authoritarian state where power is centralized and opponents are defeated.

After all, it is about the same thing that both the EU and radical Islam stand for and that I fight hard politically against.

I would rather have a society where decisions are made as close to people as possible. This creates more democracy and ensures that we can influence issues that affect ourselves.

– Hope they see the paradox

I therefore hope that Resett, Document and HRS and other critics of Islam see the paradox that I describe and do not stand behind totalitarian regimes in their critique of Islam.

We must continue to criticize Islam, but it must be based on objectivity and opposite values ​​for what radical Islam stands for.