“Space debris” flew next to the ISS, astronauts took refuge in Soyuz 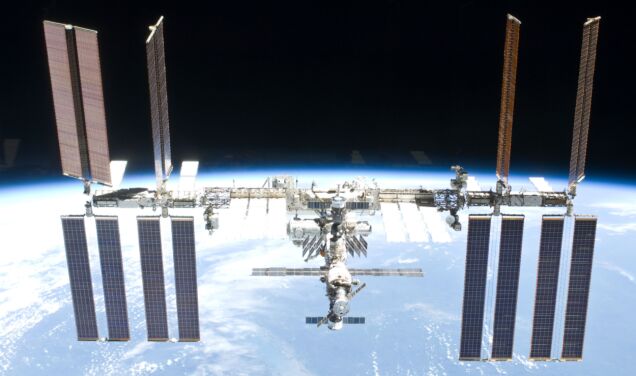 “Space junk” flew about 1.9 kilometers from the International Space Station (ISS). During the flight of the as yet unidentified remains, the crew, consisting of two Russians, Anatoly Ivanisin and Ivan Wagner, and an American, Chris Cassidy, took refuge in the “Soyuz” ship moored to the station.

The head of NASA’s space agency, James Bridenstine, informed on Twitter that fragments of a launch vehicle or a satellite that did not work probably flew near the ISS. The space near the earth is already seriously “strewn”

; with the remnants of previous space missions, mainly with fragments of sliding vehicles and satellites that are no longer in operation.

Unidentified fragments were not found in catalogs of known objects orbiting the earth, so their origin cannot be determined.

“The maneuver is complete. The astronauts are leaving the safe haven,” Bridenstine tweeted.

Maneuvering complete. The astronauts come out of the sanctuary.

They were in the “red zone”

It was previously reported that the ISS was in the so-called red zone and that the probability of hitting the station was high.

ISS has previously made similar maneuvers to avoid damage in the event of direct impact with metal waste.

An exquisite campaign for the Xiaomi Redmi Note 8 Pro! At this price, it is the best choice

Cheap game or why I bought the Xbox Series X