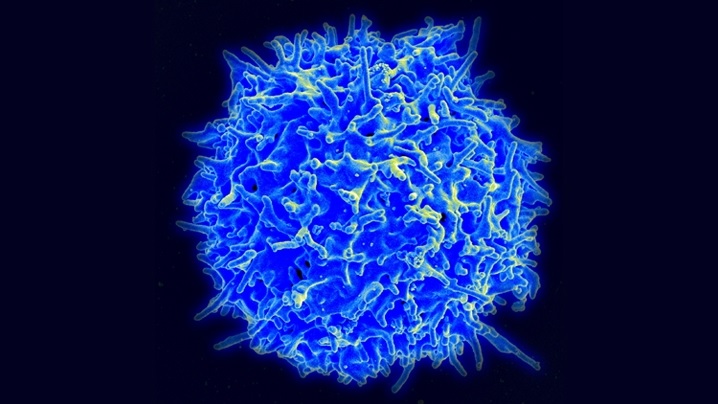 Experiments conducted at the University of São Paulo (USP) in Ribeirão Preto suggest that new coronavirus it can infect and kill various types of lymphocytes – key cells in the body’s defenses against pathogens. It is not yet known if there is a decrease in immunity due to this attack and how long it would take, but researchers do not rule out the possibility that the infection leaves some kind of sequel in the defense system.

The results of the research, supported by the São Paulo State Research Support Foundation (FAPESP), were was released in the bioRxiv repository. The article is written by postdoctoral fellow Ronaldo B. Martins and doctoral students Marjorie C. Pontelli and Italo A. Castro. They were coordinated by the virologist and professor at the Ribeirão Preto School of Medicine (FMRP-USP) Eurico Arruda.

Already at the beginning of the pandemic, it was noticed that lymphopenia [queda acentuada na contagem de linfócitos do sangue] there was a frequent haematological change in hospital patients with Covid-1

9 and that this condition was associated with a poor prognosis, ie greater risk of intubation and death. But so far it was not clear what was the cause of the problem “, says Eurico Arruda.

During a viral infection, the researcher explains, it is expected that some of the defense cells will leave the circulation and migrate to the affected tissue to fight intruders. However, autopsies of patients who died due to severe acute respiratory syndrome associated with SARS-CoV-2 showed that the amount of lymphocytes present in the infected tissues was not sufficient to explain the lymphopenia detected while these people were still in hospital.

“There really should be another mechanism involved. We then decided to investigate whether the defense cells in patients with Covid-19 had the virus in them. Some groups had described that the virus load could practically not be detected in the blood, but they had looked at the fluid as a whole. We only isolate the mononuclear cells [grupo que inclui monócitos e linfócitos] and we made a kind of lymphocyte concentrate, ”explains Eurico Arruda.

However, before analyzing the patient’s leukocytes, the researchers performed several experiments with blood samples from five healthy volunteers to test the hypothesis that SARS-CoV-2 could infect and kill lymphocytes.

The mononuclear cell concentrate obtained from the blood of healthy donors was incubated with the virus for two days. With an antibody that can recognize the virus’ antigens inside the cells, the researchers proved that the infection process had occurred. The analyzes showed that monocytes were the mononuclear cells most susceptible to SARS-CoV-2 (44% were infected), followed by CD4 T lymphocytes (responsible for coordinating the immune system by releasing signaling molecules called cytokines; 14%), CD8 T lymphocytes (which can recognize and kill virus-infected cells; 13%) and B lymphocytes (antibody producers; 7%).

Virus load in the cell concentrate was measured by RT-PCR – the same molecular test performed to diagnose Covid-19 in patients – after six, 12, 24 and 48 hours. There was a consistent increase in the amount of virus, which reached 100 times greater in the latest analysis. This result showed that the microorganism had not only entered the mononuclear cells of volunteers but also replicated within it.

“When we treated the culture with a compound that can inhibit the protease used by SARS-CoV-2 to replicate, we saw a significant reduction in viral load. This is another indication that the virus was replicated in these cells, but we still do not know exactly which ones, says Eurico Arruda.

In another experiment, the group tried to block the infection with an ACE2 inhibitor – the protein used by the microorganism to enter the human cell, usually expressed in low amounts in mononuclear blood cells.

“Treatment with an ACE2 inhibitor reduced the viral load in the culture, but did not completely eliminate it, suggesting that there is an alternative mechanism of infection in lymphoid cells. This is not uncommon among viruses, which can use different molecules to bind to different types of cells, such as HIV and adenovirus, ”reports the research coordinator.

When examining the infected CD4 T and CD8 T lymphocytes in more detail, the researchers noted that the entry of the virus triggered a mechanism for programmed cell death called apoptosis. According to Eurico Arruda, this is a possible explanation for the lymphopenia observed in patients with Covid-19.

The next step in the research was performed with mononuclear cells from 22 patients admitted to the intensive care unit (ICU), with moderate or severe cases of COVID-19. The material was collected between April 7 and June 18 at the FMRP-USP Hospital das Clínicas.

The analyzes showed that not all individuals had significant leukocytes for the presence of the virus and that the frequency of positive cells varied greatly between them – from 0.16% to 33.9%. The patients had different clinical profiles and were in different stages of the disease, which made the comparison difficult. But the fact is that we were able to identify the presence of the virus in the mononuclear cells in carriers of COVID-19, says Eurico Arruda.

The group selected samples from 15 individuals to analyze individual differences in SARS-CoV-2-positive cell rates. For this, patients were stratified based on the time of sample collection by symptoms. This analysis showed that the degree of infected B lymphocytes was the highest among all individuals. This may help to understand why some people have almost no antibodies after infection – a hypothesis that is currently being investigated. In the case of monocytes, the more advanced the disease, the higher the proportion of positive cells – a result similar to that observed for CD4 T lymphocytes.

Through techniques such as immunofluorescence and confocal microscopy, the researchers confirmed the presence of a double strand of viral RNA inside the infected cells – an indication that the pathogen, whose genome consists of a single strand of RNA, was in the process of replication.

The amount of data therefore suggests that the new coronavirus can infect and replicate in lymphocytes. This is a potential complication, as it can make the patient susceptible to opportunistic infections and hospitals are full of resistant bacteria. Doctors need to be aware of this fact. In addition, we still do not know what kind of delayed effect this can have on the immune system, we will only find out through examinations to be done in the follow-up of convalescent patients “, the virologist explains.

From masks to vaccines in record time, five myths about Covid-19 – ECO