Breaking News
Home / Romania / On the day when the Prime Minister complained that Romania could no longer borrow money, Florin Cîțu took another 535 million lei from banks – News from sources

On the day when the Prime Minister complained that Romania could no longer borrow money, Florin Cîțu took another 535 million lei from banks – News from sources 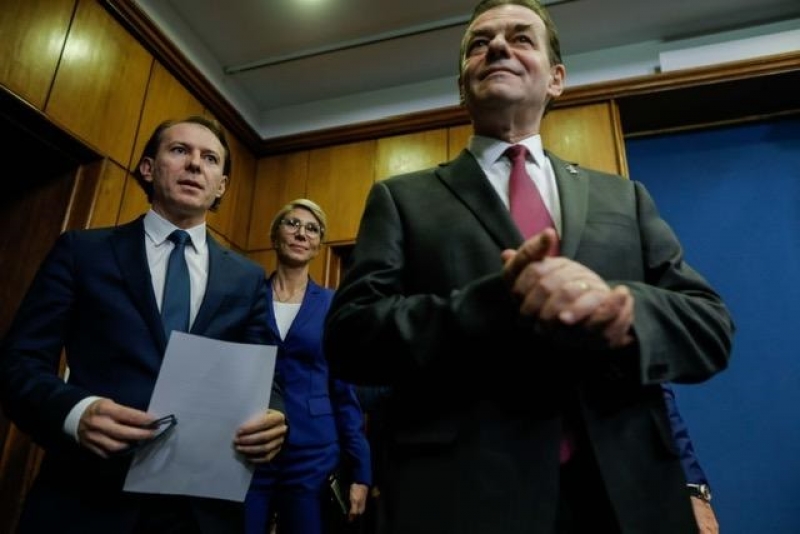 On the day Ludovic Orban complained that PSD lowered Romania’s debt ceiling from 44% of GDP to 40% of GDP, Florin Cîțu on Monday borrowed 535 million lei from banks through an issue of benchmark government bonds, with a remaining maturity of 37 months, to a average return of 3.05% per annum, according to data from the National Bank of Romania (BNR).

The nominal value of Monday’s issue was 500 million lei and the banks subscribed for 915 million lei.

An additional auction is scheduled for Tuesday, through which the state wants to attract another 75 million lei to the return set on Monday for bonds.

In September 2020, the Ministry of Public Finance (MFP) planned loans from commercial banks of 4.54 billion lei, of which 400 million through an issue of discounted government certificates and 3.6 billion lei through eight issues of government bonds.

6;In addition to the trial, she will be my enemy for life’

To these can be added the amount of 540 million lei through additional sessions of non-competitive offers, related to bond auctions.

Read also: Marcel Ciolacu, blow for the Orban government: Tomorrow we will vote in Parliament to increase pensions according to the law.

The fox, humiliated again! Her husband was filmed naked: What a confusing body you have, Viorel

Florin Cîțu says that if pensions increase, the leu will collapse: ‘I would ask Ciolacu and his gang to assume that the national currency depreciated’ – News from sources

If the 40% pension increase were to pass, the RON / EUR exchange rate would weaken immediately